Earlier this year I did a map project for South Puget Sound Community College. The maps I made have been available on their website since spring, but the new wayfinding kiosks and monuments were just installed in the last few weeks. It’s always fun to see my work out in the wild! 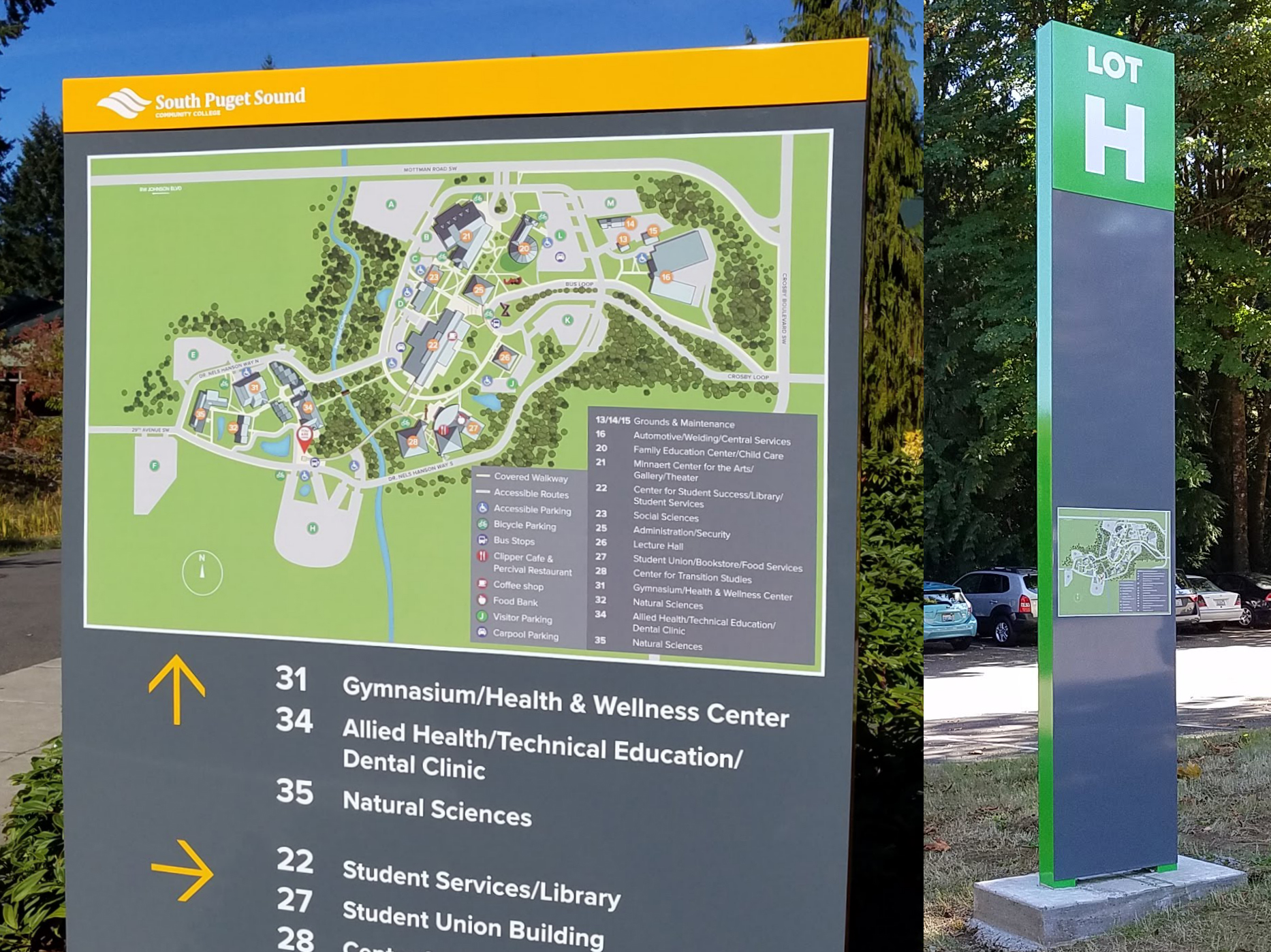 Maps are fascinating. A huge amount of tiny decisions go into each one: what really needs to be shown? Is it more important to be accurate, or representational? Do you look top-down, or illustrate all the building faces? Is up north, or the direction the reader is facing?

In this case there’s a lot of detail because the map needed to include all campus services, routes, and parking options. The buildings are all sized accurately, but the two sections of the campus are squeezed together to keep the map printable on a normal sheet of paper. While everyone would have loved cutely illustrated building elevations, that was out of project budget, so I just drew roof-lines (and picked a sun direction for cast shadows).

The issue of ‘north up’ or ‘heads-up’ was one we discussed and researched a great deal before bowing to budget and time constraints and the oddities of the campus. Studies in New York have shown that ‘Heads-up’ maps — maps which are oriented to align with the direction the reader is facing — are easier to use for most people. Heads-up mapping requires a new map orientation for each kiosk alignment. Because the SPSCC campus isn’t laid out on clear east-west north-south lines, a heads-up approach would have required at least eight different angles — some of them quite odd, as the kiosk angles were chosen for maximum visibility from SPSCC’s walkways, which are oriented 30 degrees off of north-south in the east campus and 25 degrees off in the west campus. Eight or more different designs of an already complicated map were too much to handle, so we stuck with “North up”, which at least has the benefit of being standard and expected.

As one of the roughly 15% of people who prefers north-up, that works fine for me — but I now have such a good mental image of the SPSCC campus I’ll never need to look at the map again!