A fun little project I completed awhile back has finally seen the light of day. My parents have been eagerly awaiting their new teardrop trailer from Oregon Trail’R for over a year, and they’d named it before they’d even made the down payment. I designed the name decal, with a gentle arc and a font that has a bit of the same retro feel as the trailer design. 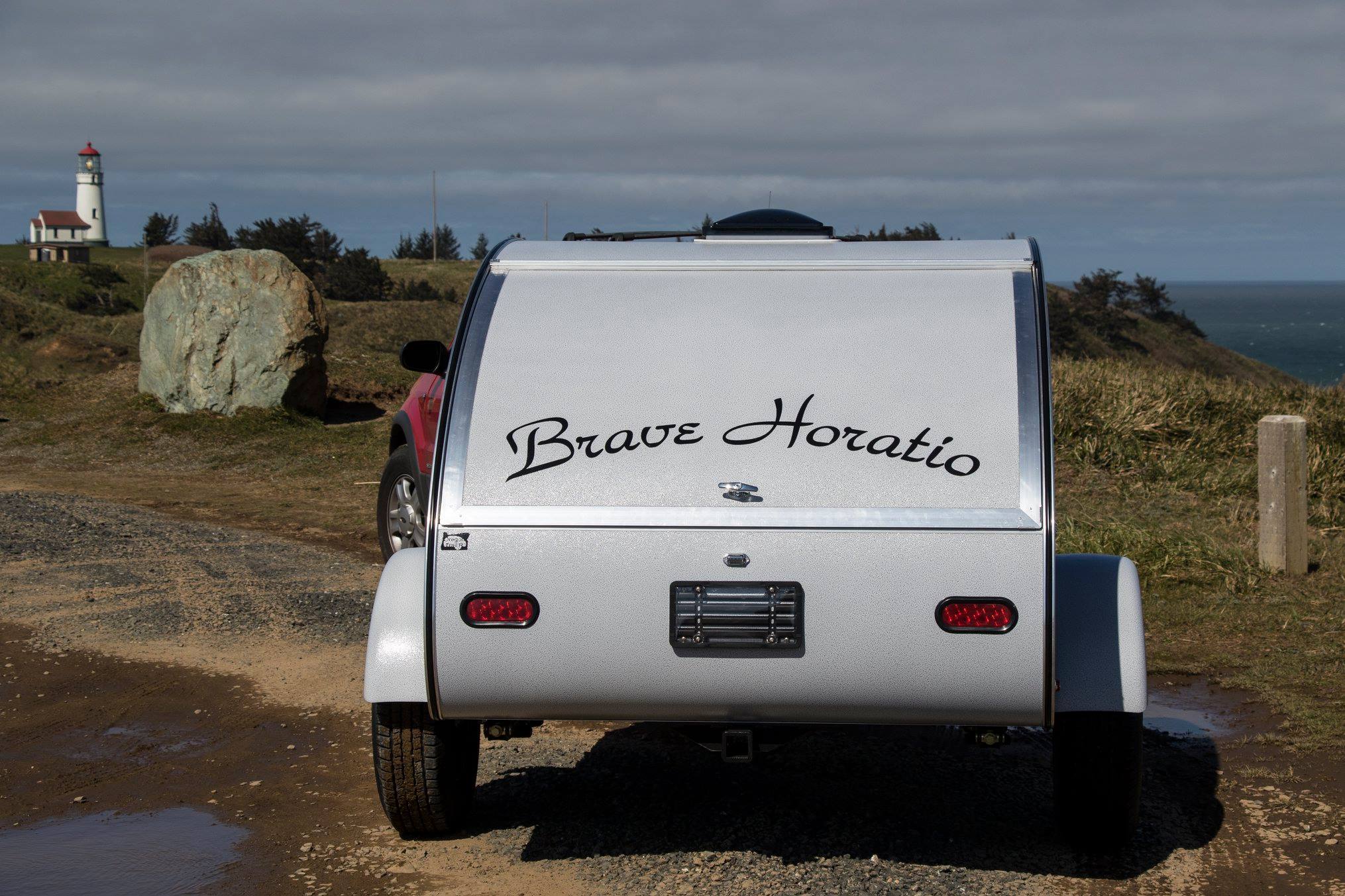 Brave Horatio is named after a dog in the diary of Opal Whiteley, originally published in 1920. (The dog’s name is actually Horatius, but memory tends to modify things). Opal grew up near Cottage Grove, Oregon, not far from where the trailer was built. Her diary and the debate around it are in the book The Singing Creek Where the Willows Grow. The diary, diarist, and debate are worth reading about, but the important thing for this Brave Horatio is that Opal Whiteley’s descriptions of setting off on childhood adventures almost always end with “…and Brave Horatius followed after.”

The trailer itself is a lovely example of industrial design. The careful use of all available space is reminiscent of a boat, and has the same charm. The table that latches onto the side of the trailer when it’s parked is stowed over the ‘foot’ end of the sleeping compartment, under the cupboards of the galley (it really wants to be described in nautical terms — I keep thinking of the back as the stern). 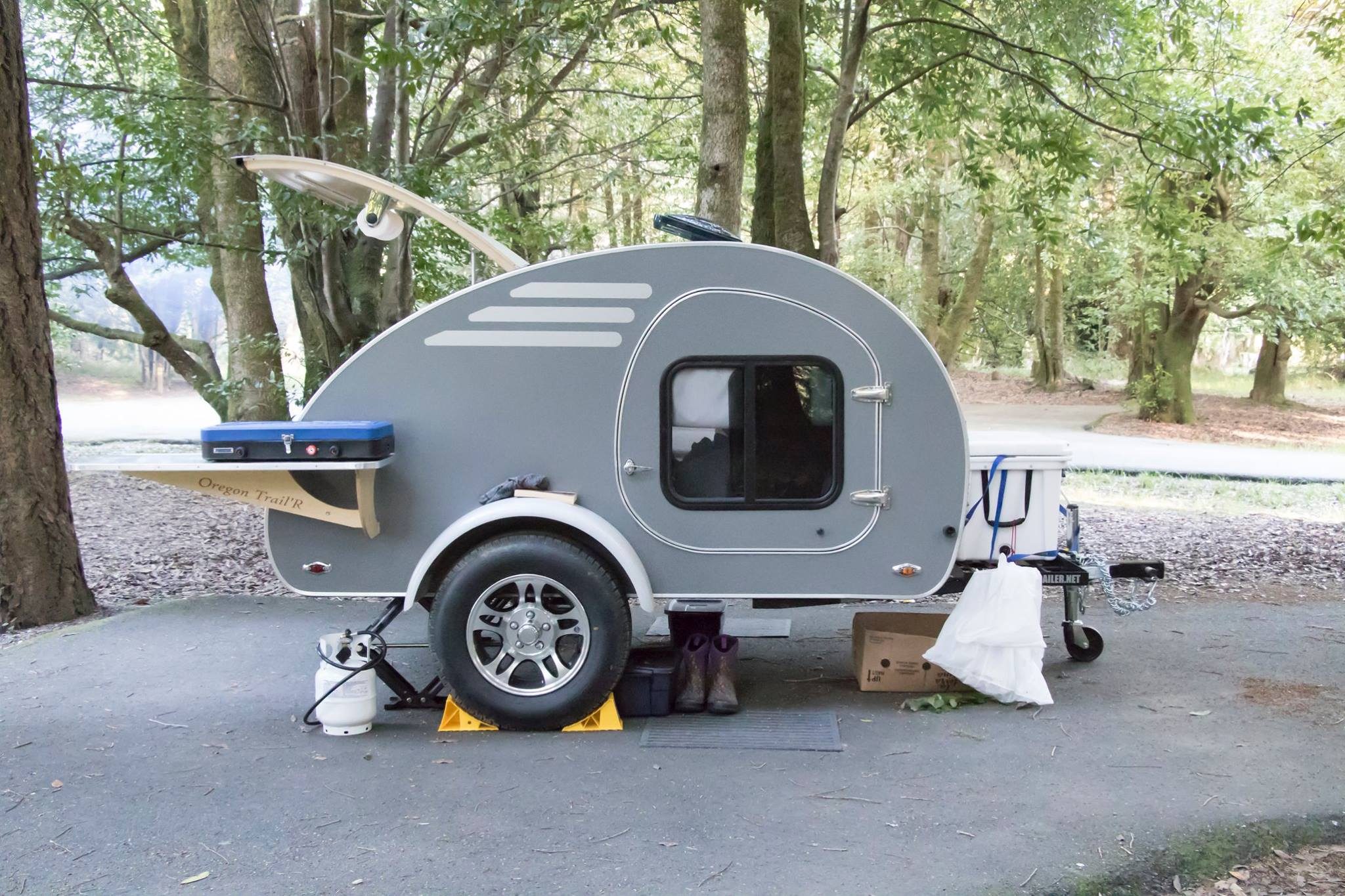 I got to clamber inside when they got back from their shakedown cruise. Pretty comfy! 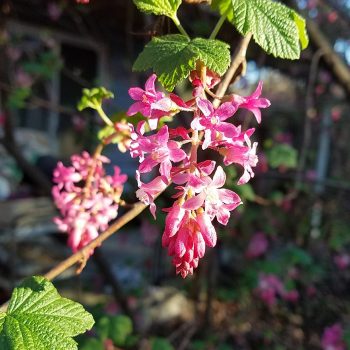 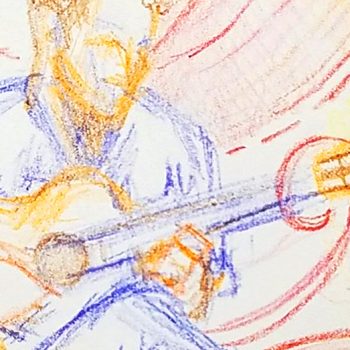