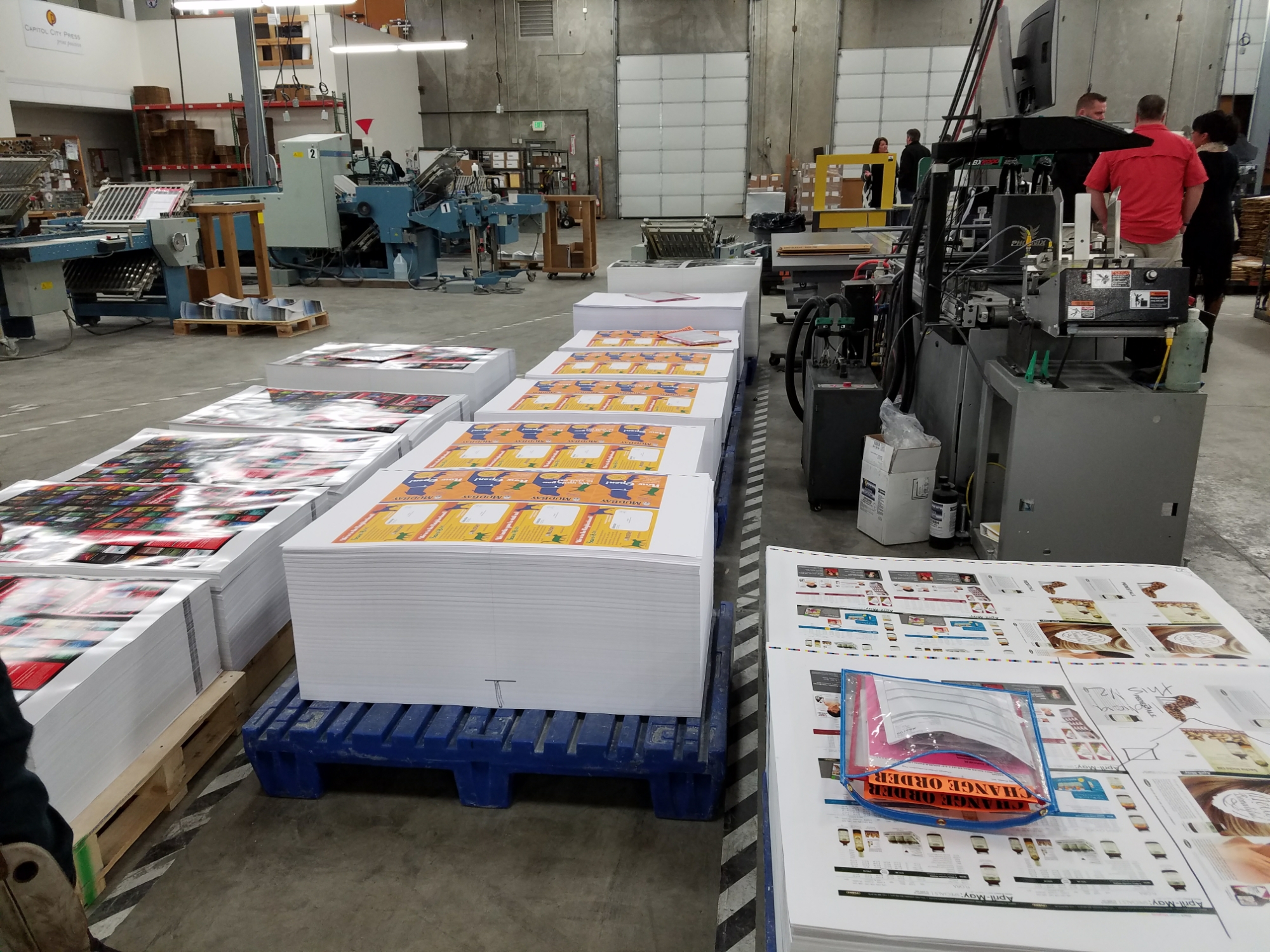 Yesterday I went to the Capitol City Press open house with my day job office. Cap City is an awesome employee-owned more-than-full-service print shop, and they’ve added quite a few new capabilities since I was last there. The tables for the catered lunch were made of falcon board,  which is basically corrugated cardboard’s much beefier cousin, and they can do vehicle wraps and routed sintra pieces — things usually associated with sign shops rather than presses. It makes me want to work on a tradeshow booth.

The focus was on wide formats and new materials, but my favorite thing was the six color beast of a komori press (yours truly provided for scale): 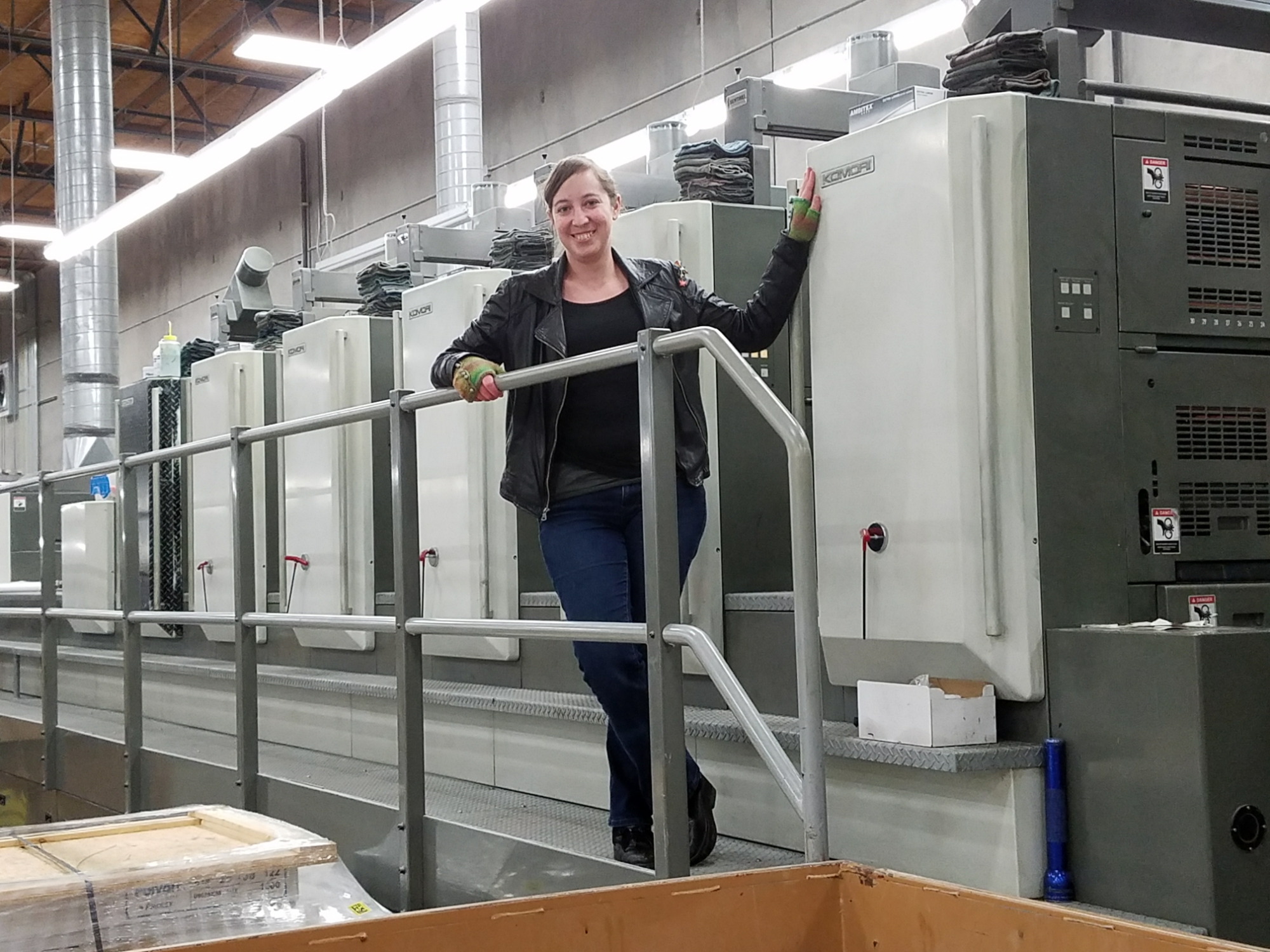 My hand is on the tower housing the rollers for one of the six colors, and I’m standing a good three feet off the ground. It’s BIG. 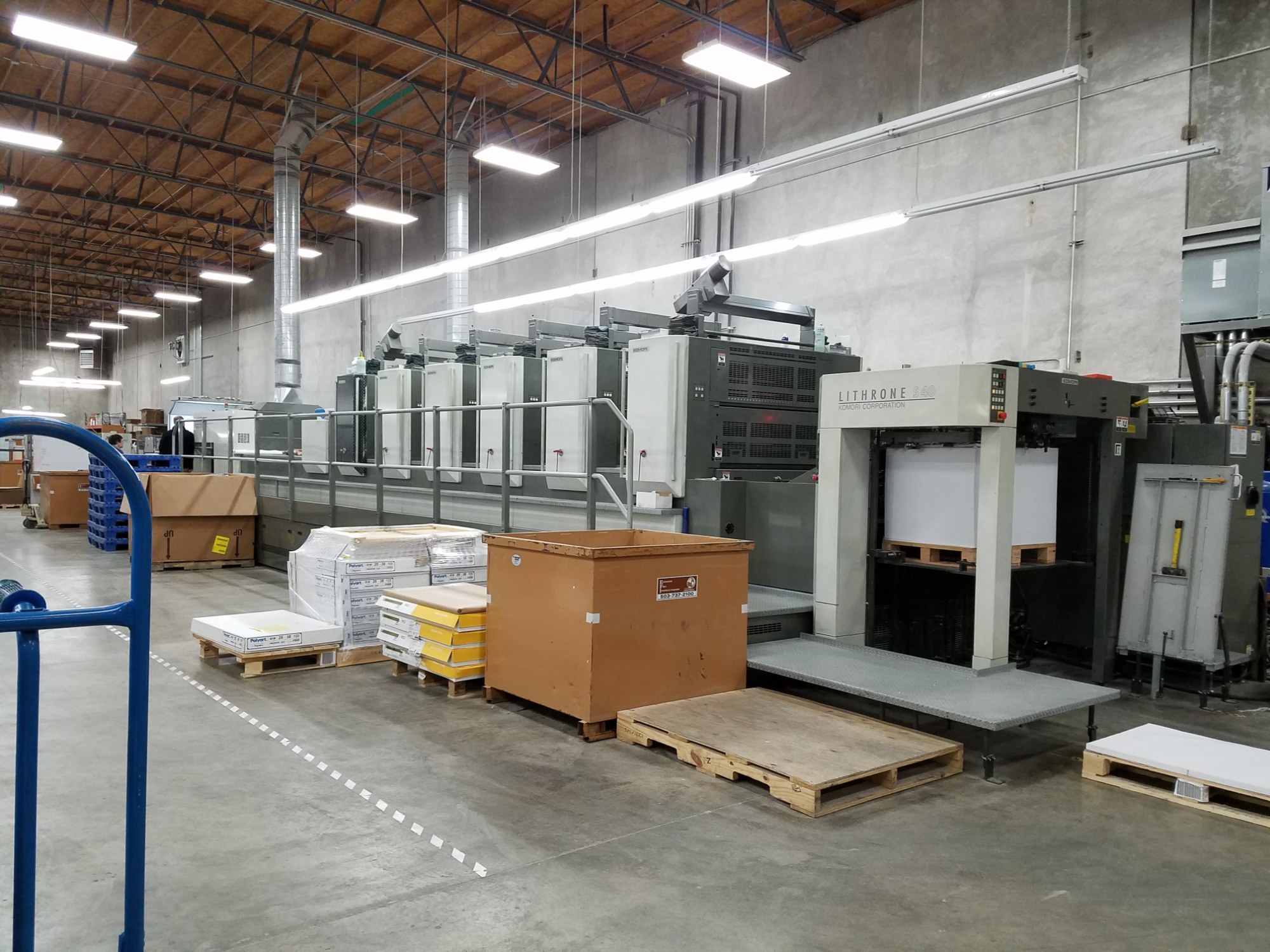 My coworker and I also proved once again that we shouldn’t be left unsupervised. 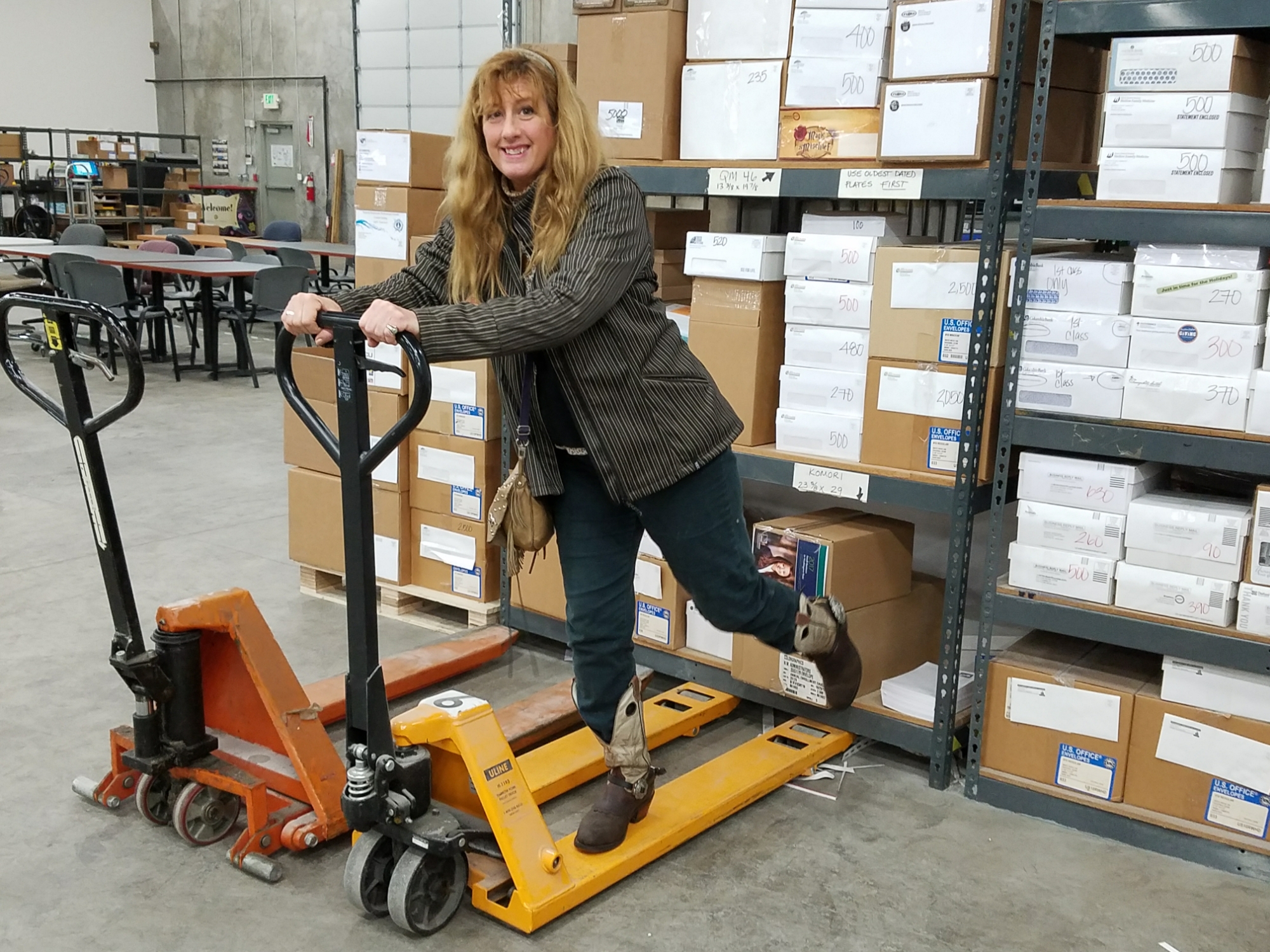 This isn’t the usual fare for this blog, but how often do most people get to see six-color presses? That komori is so cool! Now maybe someday I’ll actually have a big enough project budget to run a job on it. 😉